Best time to use creatine

What is the best times to use creatine?

Creatine is rapidly becoming one of the top rated post-workout supplements on the market. Creatine benefits and disadvantages have been relatively well researched with both short-term and long-term creatine consumption assessed and deemed primarily safe.

Consequently, the question is moving away from, “is creatine safe?”, to, “When really is the best time to take creatine?”, “should I take it before or after a workout?”, and, “should I take creatine on off days?”. For anyone who is invested in enhancing their exercise routine, lifting weights and gaining muscle, nutritional timing is a concept that will give you the edge when it comes to workout performance, muscle growth and recovery. Below, we will discuss if you should take creatine pre or post workout, how and when to take creatine and if you really need to take it on rest days.

While there are an array of forms of creatine available (most commonly Creatine Monohydrate, Micronized Creatine and Creatine Ethyl Ester), the majority of research evaluating this supplement is on creatine monohydrate.

As an affiliate, I earn from qualify from purchases. 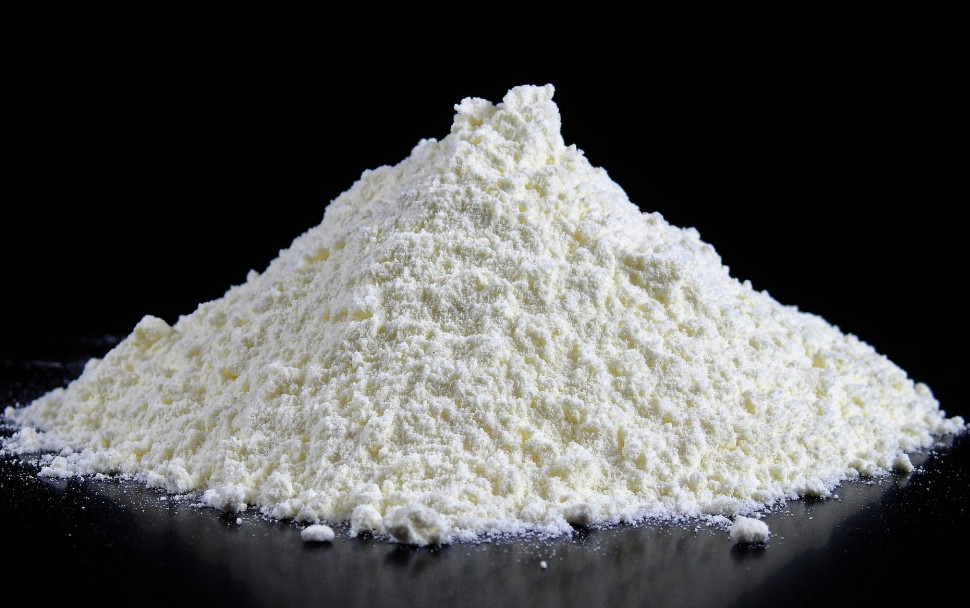 Before you go conjuring up images of an artificially manufactured cocktail of ingredients, note that creatine is a naturally synthesised compound in the liver, kidneys and pancreas. The body produces approximately 1g creatine per day thorugh biosynthesis of amino acids. Creatine is available from various natural sources, namely meat and fish, and is also synthetically produced and sold as a supplement.

In Top 5 bodybuilding supplements – sculpt a lean body!, creatine prevailed as one of the leading contenders for people on a muscle anabolism journey. Now before you decide to switch off as you feel you don’t fall into this category, there is evidence suggesting creatine supplement benefits high-intensity sprints or endurance training as well. Indeed, even the general health benefits of it suggest that creatine benefits women and men and outweigh the side effects of using creatine.

Supplementing with creatine benefits bodybuilding athletes and people engaging in resistance training who properly take creatine. It achieves this by enhancing lean muscle mass in addition to elevating upper and lower body strength.

The side effects of creatine on women sometimes raises its head as women fear that creatine causes weight gain. Theoretically, creatine does retain water which may present itself as an extra 3-5lbs on the scales. However, this is a small price to pay when the indirect benefits of creatine supplementing on fat loss are considered. For example, supplementing with creatine aids enhanced high intensity interval exercise performance and resistance training; this often leads to improved quality workouts and consequently, the potential for increased calorie burning.

The bottom line is that creatine increases lean body weight, so neither men nor women should be concerned that they are gaining fat by purely consuming creatine.

There are primarily 3 arguments when it comes to the best time of day to take creatine:

Much of the research points to elevated benefits of creatine post-workout as opposed to creatine pre-workout, particularly where body composition and strength are concerned. For this reason, creatine typically joins the good post-workout supplements list. That being said, the study did conclude that further evidence would be required to make this observation concrete. What is apparent is that people who supplement with creatine pre or post workout observed the best creatine supplement benefits when compared with a group who supplemented at some other time of the day.

On rest days, creatine doesn’t necessarily have to be comsumed. In fact, intramuscular creatine levels typically don’t deplete for up to 7 days in the absence of creatine supplementing. That said, optimal creatine levels are better sustained when consumed on a daily basis. Thankfully, it’s one of the cheaper supplements on the market. Timing of creatine is less significant on rest days, once it is taken within the day to maintain creatine uptake into muscle. That said, optimal absorption would probably benefit from consuming it with a meal comprising carbohydrates and protein.

In summary, it’s a good idea to supplement with creatine on days off but continue to eat it with a meal. 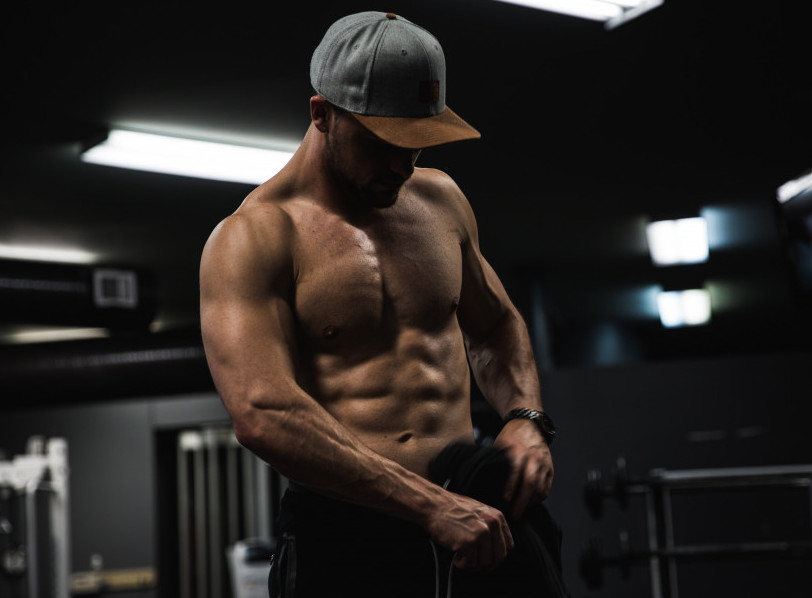 How to take creatine

Studies suggest that creatine is best absorbed into the body when consumed in conjunction with a protein and carbohydrate sources, e.g. I often add a scoop of creatine to my proats (porridge mixed with a scoop of protein powder).

Creatine dosing can differ between individuals and the quality of creatine (e.g. some brands offer 80% creatine, while others can go as pure as 99.99% creatine), but a general guideline would be 3-5g per day. For professional lifters, this value can increase to 5-10g per day. Additionally, if you haven’t consumed creatine before, some suppliers recommend a loading phase to saturate the muscle with creatine. While research has shown this practice isn’t necessary, it does accelerate the bioavailability of creatine. Either way, you should always check the instructions on the supplement for the exact details on how to take it.
Natural sources of creatine include:

However, to obtain the necessary amount of creatine from food naturally high in creatine, you would need to consume at least 1kg of meat/fish, which is a little bit excessive/unpractical. This is where creatine supplements come into play. 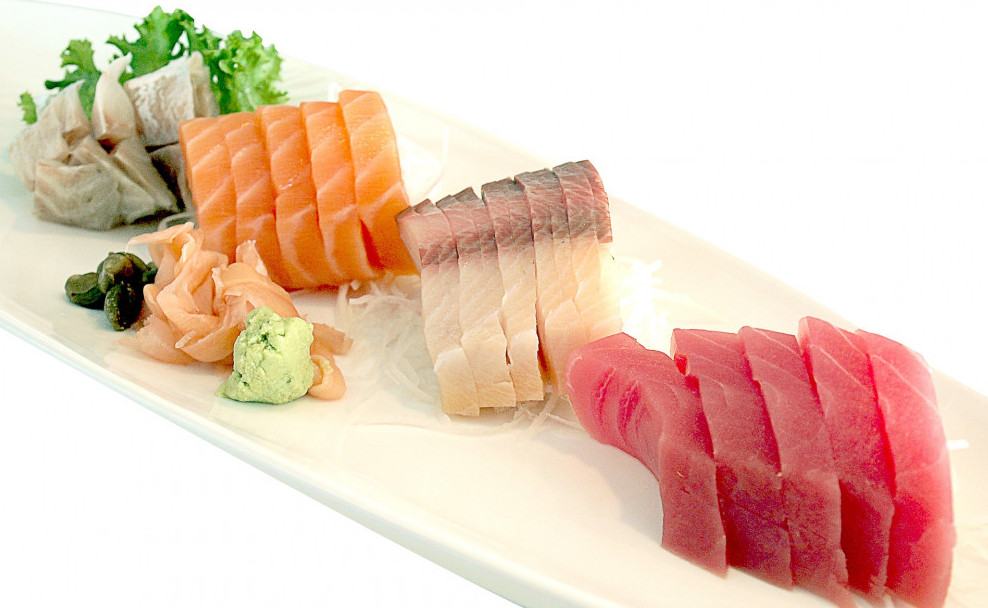 By now you should know how and when to take creatine. Here are some of the take-home messages:

Do you use creatine? Or have you seen the benefits of supplementing with creatine? Comment below on your experience!

Antonio, J. and Ciccone, V. (2013). The effects of pre versus post workout supplementation of creatine monohydrate on body composition and strength. Journal of the International Society of Sports Nutrition, 10(1).

Healthline. (2017). When Is the Best Time to Take Creatine?. [online] Available at: https://www.healthline.com/nutrition/best-time-for-creatine#section4 [Accessed 16 Feb. 2020].

hi, I used creatine many years ago when I’d go to the gym about 4 days a week. I believe it did help build muscle. At some point, I got a little spooked because people told me it negatively affected the kidneys. So, I stopped using it. Do you know of any studies regarding this?
I wasn’t aware that there were natural sources of creatine.
Maybe some brands use additives that gave it a bad reputation in the past?
I appreciated your citations down at the bottom.
This looks like an interesting site, especially for me because I work out.

I know that creatine monohydrate has certainly been extensively studied. There is the potential for people with a history of kidney disease (or conditions such as diabetes which can adversely affect the kidneys) to be affected by consuming it. However, for the general population who consume creatine as recommended, it is considered a safe supplement.

I personally agree with your point on using creatine as more of a post workout recovery shake or something to that affect. This is a great post, do you have any recommendations of creatine to use vs certain brands that are bad for you?

Good to hear we’re on the same wavelength. I would stick to creatine monohydrate personally; when I’m selecting a product, I look for the purity level (micronised is the best of the bunch) and also check the reviews for flavour and texture to ensure it mixes well.

Well, I never really put that much thought into nutritional timing. It is the first time I am hearing of this term and from reading your article, it definitely looks like something one should be aware about.

I recently started using creatine and I will definitely have in mind things you pointed out here.

Good to hear my post has been informative for you! I’d be interested in hearing how you’re getting on with the supplement!

Agreed, creatine is a great post workout supplement. Do you have a specific brand you would recommend?

Have a look at the links in the post and you’ll see that I’ve recommended some forms of creatine. I also include guidelines on what to look for, but don’t hesitate to ask for more help or if you need more information.

Creatine is a product which is popular in the muscle building industry, yet what creatine is a how it can be taken is over looked. Great article, would be interesting to see what brands you recommend. Thank you

I’ve included links in the post, these would be good brands of creatine to try out. Let me know if you need anymore help with this.

Are you trying to reduce sugar in your diet in order to lead a healthy lifestyle? It can be almost impossible to source foods that are low in sugar without having to settle for something Read more…

We all know that sauces and dressings can contribute colossal amounts of sugar, fat and calories to a meal. The days of sacrificing taste in a bid to be healthier are thankfully gone with these Read more…

Are you looking for a healthy vegan alternative to sugary, fatty and calorie-dense foods? Sourcing such commodities can be a challenge, especially when you throw the vegan element into the mix! Fortunately for you, these Read more…